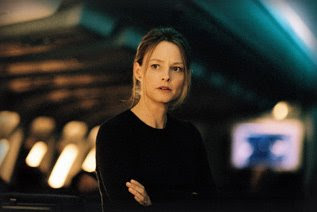 Just came back from the Movies. I've seen Flight Plan. It's a thriller that takes place almost entirely in an airplane. I liked it a lot. It has some similarities with David Fincher's 'Panic Room' (also with Jodie Foster).
I was kept in suspence, great acting by Jodie Foster (very convincing as usual) and some great camera work. The film was directed by Robert Schwentke (a German director) and partly filmed in Berlin where I used to live the last 3 years ^^. Overall it was a pretty nice movie! I'd give it an 8 out out of 10.
at 1:23 AM Labels: Random Stuff